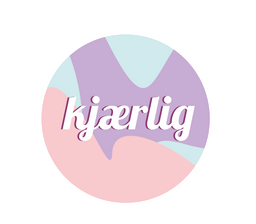 "Sometimes writing and singing is the only thing that makes sense. I live to convey, inspire and get inspired"

Ida St. Frank has an own ability to hit right home to the melancholy in your soul from the very first note. Their sound reaches from an early 2000 Dido to dark and mysterious tones of Billie Eilish and does it all in a smart and dynamic pop landscape with influences from RnB and HipHip on the production side.

Ida has the last five years worked as a music video producer at Pan Media and have done music videos for some of Norways biggest artists. At the same time she always knew music was her true calling, she just had to find out a few things first that could give her the room and confidence to go for it.

Ida St. Frank is now ready to show off some of what she’s been working on for the past year!

Her debut was the live-cover video of "All I Want" - Kodaline, which got a mention at ballade.no and atumn 2022 will be the time for her single-debut!